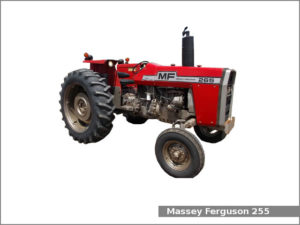 The following engines were available on the MF 265 tractor: